We were ready to try yet again.For the second time that week, we put the blanket and the t-shirt in a plastic bag, climed a boda and set off to the same outskirt of Mbale. The boy seemed surprisingly calm and collected. There was even a smile on his face at times. The fear didn't seem to be present anymore. Maybe because he didn't care as much this time. I mean, it couldn't possibly be worse than the previous day! He looked to be quite indifferent, just walking towards our destination with no expectations of any kind, neither good or bad. 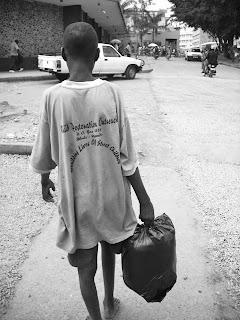 Luckily, the aunt and the people around her did not seem indifferent. They gave a completely different reception than the father gave the previous day. They all greeted him, looked at him and talked to him, not just about him. They looked to be genuinely interested in having contact with him and help him. It turend out that he had lived with this aunt before, but he had done something not so good and he'd run away. However, the aunt was willing to forgive and forget. She wanted to give the boy a second chance. 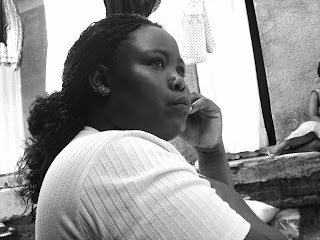 Despite the fact that they were not talking him down, I coud see that the boy was feeling somehow uncomfortable all the while the aunt and the counsellor were talking. He was twiddeling his thumbs and avoiding eye-contact most of the time. It was obvious he was still a bit nervous, even though he had hid it well (and it was obvious he was still trying to hide it), and I could begin to recognize some of the fear and memories from yesterday sneaking in. Needless to say; they were still bothering him. 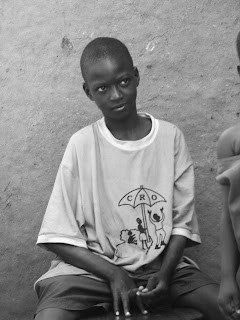 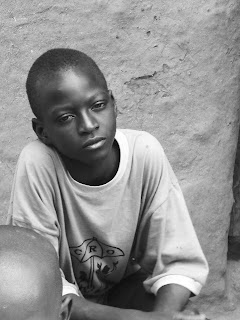 At least, the aunt and the people around him didn't provide fuel for these burning memories. Even though he apparently did something bad last time, they didn't ramble on about how awful the boy was. They simply took him back. Everything was settled. Yet, the boy still didn't look all that happy, his mind still contemplating on the awful incident of the day before. But at least he had stopped twiddeling his thumbs. His hands now lay calm on the bench where he was seated. It was obvious he wasn't thrilled with the situation, of course he'd rather stay with his father, but he seemed to have come to rest with the current circumstances. 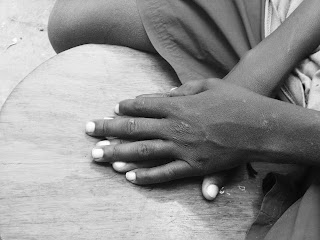 My hope now is that he'll manage to stay in this home for a full week (that's when we'll be coming back). If he's still there, we'll get him into one of the nearby schools for the second term. Then, he'll only be put back one more year. That means he'll commence fifth grade at the age of fifteen. It's not too bad. And if anyone can do this without giving up, it's definitely this inspiring, aspiring young man!
Lagt inn av Silje E. kl. 10:20