A heavy settlement for resettlement

I guess I was a quite average 14 year-old girl. My moods could change in the blink of an eye from hyperactively chirpy to inexplicable anger and sadness. One moment I was laughing so hard I almost fell to the ground, the next I could be convinced that everything was just crap. When being in the down-swing on the mood curve I could imagine a lot of silly things. If my parents happened to push the wrong buttons at the wrong time, I could for a brief moment think that they didn’t like me or care about me all that much. If I would have disappeared for a while, they would probably not even notice or care. Is this recognizable to anyone?
Most often I would just feel like this for a short time and then snap out of it. I always came back to the certainty that my parents love me and would be devastated if anything should happen to me, or if I got lost. When resuming the normal mind-set I’d feel silly for even thinking that they wouldn’t care. After all, they are my parents. Parents love their children no matter what, right?

If it is right, though, some parents have great difficulties accessing and expressing such an unconditional love. I never knew just who these parents were, what they looked like or how they behaved. I’ve never met a parent who simply does not care or want their own child. Not until last week. 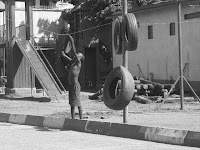 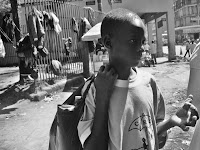 When reaching the place I used to lived, the excitement is no longer there
I’m nervous and fearing, what will I meet?
Anticipation fills up the air 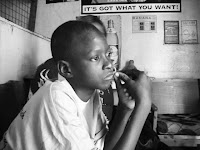 We find the aunt’s place, we sit there and wait
You want and need to see your father
No matter how high the rate

The father finally arrived, hardly greeting his son
80 % disappointment
Most of the hope was now gone 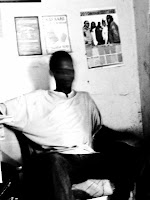 I look at my father not looking at me
My friend tries to meet my eyes
Why won’t he?

We talk to your father, try to open his view
To make him see all the good things
That are moving inside of you

My father said cruel things, as cruel as can be
Claiming there’s no way a good man like him
Could be the real father of a brat like me 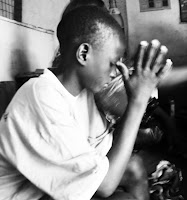 He made a gentle offer, though, giving me some land
He’s willing to fulfil his lawful duties
But I don’t think he’ll ever again hold my hand

As if your father hadn’t said enough to hurt you beyond repair
His last words were:
“I know that on many issues, I can currently not see clear.
But of this I’m most certain! I absolutely, 100 % do not want that boy around here!”

I was rendered speechless, rage bubbling inside of me. All I wanted was to take my friend out of there, away from his father, away from the rejection. I wanted to cry and yell at the father and just knock him down for being so awful to this amazing, young, vulnerable boy. However, it would merely cause more problems and hardship from the father, so I kept the 14 year-old mood-swing-behaviour to myself, clenched my teeth and tried to just be there for my friend. And God knows he needed all the support he could get, being called a social deviant, a thief, a hopeless case and hearing that his own father would rather see him in prison than in his home…

We left about thirty minutes after the father had left us in the aunt’s place. The boy had to be allowed to finish crying. When we went, we were all disappointed and quite shocked (except for the CRO resettlement-officer who’s more used to this and has experienced cases that were far worse than this one). When we got back to CRO, the boy didn’t even speak. He was so exhausted, he fell asleep. While he was sleeping, we contacted an aunt. We were going to try our luck there the next day. Nothing to do but hope and pray that it would not lead to another rejection!
Lagt inn av Silje E. kl. 11:03