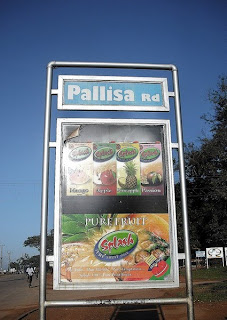 I think it was the first day I brought my camera to the CRO. When I got home, I saw that one face reappeared in most of the pictures. It was the face of a young boy. 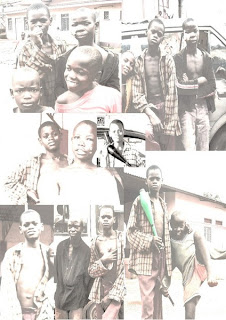 I hadn't really noticed him before, but the following days I started talking a bit to him. He said that he would like to talk to me again, just the two of us. He had something he wanted to tell me. I was very excited that he actually took the initiative and asked me, and I of course said that I'd love to talk to him, anytime. The problem was just that there was no time the following days. After that, he was no longer attending the project daily.

I hadn't talked to him for a while when I found him half-asleep outside our office. He was soaked with sweat and his forehead was burning. It was still early, so the nurse was not yet there. Therefore, I took him away from the hot sun and put him in our office with a wet cloth on his forehead. He lay on the floor of the office for about fifteen minutes, then he started quivering. I was sincerely worried. When I went outside to check if anyone could help me with the boy, I saw that the nurse had come. The boy and I went from the office to the clinic. The nurse said it was malaria. He got some medication, food and water. During the day, the quivering ended and his temperature stabilised. I was no longer worried. I even thought I could get an opportunity to talk to him the next day. I didn't. After that day, I didn't talk to him at all for a long time. In fact, I didn't see him at all for almost a month.

It's always bad when someone you'd like to talk to doesn't show for a whole month, but it's even worse when it's a street child. You can never know if they have someone to watch out for them, or if they're left to themselves in the dark and dangerous nights.

Luckily, he came back after about a month. He was looking quite shabby, but I didn’t really care; he was there. When I saw him he was on his way out, but he promised to come back the next day so that we could talk. He didn't. Two more weeks without a sign of life. The next time I saw him was when we were on a street walk. He was picking coffee beans by the bus park. The second I spotted him, I went to talk to him. He reeked of fuel. His eyes were hazy. We'd come too late today, he'd already taken his first sniff. Nevertheless, he still remembered me and promised to come back to the CRO. He did.

We finally got the opportunity to talk properly. He told me that he'd spent the month he didn't come to the CRO in Kampala with his father. "What about your mother? Is she also in Kampala?” They weren't. He said that he's got two mothers, I asked how that could be possible. “Which one is your birth mum?” He didn't elaborate. He has two mothers and that’s final. One of them lives in Pallisa, a little more than an hour from Mbale. The other one stays in somewhat closer. He doesn't specify, he just points in a direction and says "There." He doesn't live with her. She beat him every day, that's why he ran away and started going to the streets. Now, he's living with a friend in the slum area. One quick look at the boy shows that his shelter isn't all that. His clothes are worn out and filthy. His fingernails are long and black with dirt. His odour is a mixture of sweat, fuel and clothes worn on a daily basis but washed on a monthly basis. He doesn't really want to live where he lives now; he wants to go to the mother in Pallisa. However, he doesn’t have enough money to go there.

He's wondering if it would be ok for him to ask me something. There are two things that he wants so badly. "Number one... I want a CRO uniform."

This poor young man is talking to a girl whose skin colour practically screams; "ATM, cash withdrawal!" and all he's asking for is a shorts and a t-shirt from the CRO, he's not even asking for anything from me personally.

We lay a plan together on how he'll achieve these two goals. The first thing is that he'll have to keep coming to the CRO. He promised to keep coming throughout December, and in return, I promised to have some private tutoring with him in English, maths and computer. In January, he'll start the rehabilitation class, where he'll be given the CRO uniform. After the rehabilitation class, he'll be off to school. I will do what I can to make sure that the school is in Pallisa, where the non-violent mother lives. The road to Pallisa is long and bumpy. It's not going to be an easy ride. I merely hope we can commence the journey and travel some of the distance together.