Warning: if you are a highly oversensitive person, you might want to shy away from some of the following pictures. Mohaha!

We have reached the time for getting into the Christmas spirit, decorating the house, buying gifts and making men from snow and ginger bread dough. I would be doing all this and more "Christmassy" stuff if I were at home. 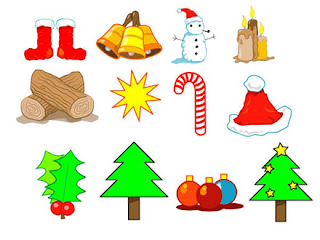 However, I am not. I am in Uganda. And things are somehow different here. When I look out my window there is no snow, just the sizzling sun drying up the ground, making it red and dusty. When I go on the streets, there are no Christmas lights to be seen. The matatus (taxi-vans), bodas (bicycle-taxis), boda bodas (motorcycle-taxis) and buses are driving crazily around, as they always do. Nevertheless, the increase in people in the streets indicates that something is out of the ordinary. In addition, the occasional Christmas carols booming from some blasted speakers in the barbershops remind me of just what this something is. Even though it feels very different this year, I do actually feel the Christmas spirit some times. I had the strongest sense of Christmas spirit so far this year in a setting I never would have imagined. Take a look; does it give you that "good old-fashioned feeling"? 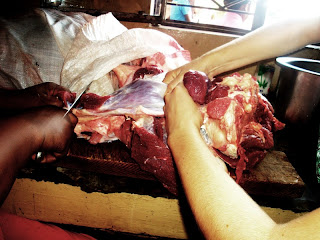 When I first saw the big bag and heard that there was 80 kilos of freshly slaughtered cow (some parts were still quite warm) in it... well... I was not exactly thrilled. Nevertheless, it turned out to be some good fun. I was laughing so hard someti
mes. The situation was just too strange. Standing in a kitchen with the hind legs of a dead cow in your hands, pulling hard to make it easier to slash, at times fearing to be mutilated by an enormous butchers knife (when there were pieces with too big bones in them, you need to bring out the big knife and chop), while hearing Christmas carols from the PA outside. Surreal, but nice!

It was mostly from outside I got the strong sense of Christmas spirit. However, it wasn't caused by the reggae versions of the familiar Christmas carols. It came when I saw the kids. Their faces were simply glowing. You could see the excitement from a miles distance. Some of them were also taking part in the entertainment, I could recognize the very familiar feeling of being nervous and proud, walking around being pre-occupied, wanting to go through the program one last time before the show. The food; rice, meat and a soda probably caused others' excitement! It might be the only meal of this kind the whole year. 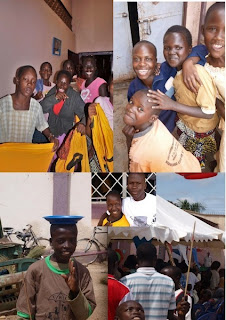 Everywhere I looked, there were excited and grateful faces. There were so many positive feelings at the same time; I was almost overwhelmed by the Christmas spirit. People were kind, open and grateful. Grateful to CRO and grateful to God. It was the first Christmas party I've been to where Jesus got a louder handclap and more cheering than the food and presents combined. Different, but in a very good way. The true Christmas spirit was definitely found in most people in CRO on that hot, sunny, dusty, noisy December day.

I wish you all a lovely Christmas celebration and heaps of Christmas spirit!