Is your flat not all that?

Finding a good place to stay when you are studying can be difficult. Even though you are using half of your income just to pay the rent, the flat may not be all that. If you are among the less fortunate ones you might wind up having to share your bedroom with another person. This means you will not be getting any real private space. The situation is not exactly as you would have wanted it to be. However, it could have been worse. It all depends on whom you compare yourself to.

My previous flat in Drammen
2 bedrooms, kitchen, living room, bathroom
7000 NOK / month
4 girls (with approximately 12 000 between them from “Statens lånkasse” every month)
We had to stay two people in one bedroom and use most of our scholarships just to pay the rent. It was fair. Nevertheless, I think we all wanted a bit more space at times. In addition, the bathroom was a bit icky. It looked like the floor was starting to rot some places. From time to time, there was also some water seeping from the floorboards in the kitchen floor. Our flat was on the first floor of a house, on the ground floor there was another apartment. We were not exactly thrilled about them. They acted and looked a bit suspicious. But it was ok, we had a good lock on the door and we even got a second lock to ensure our security further. Still, I did not like sleeping alone in the apartment.

After having spent some months in Uganda, I realise that I did not really have good reasons to worry or be unhappy with anything. 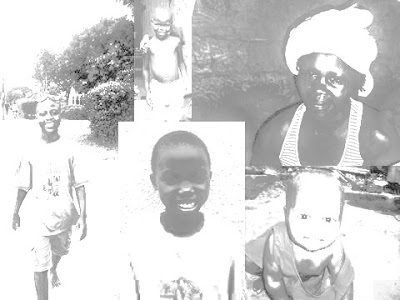 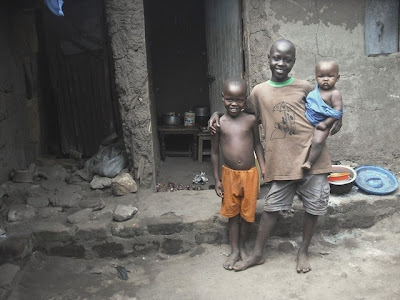 They are five people sharing one mattress. In their one room, they have a tiny table and two chairs, the mattress and all their clothes are hanging on the walls. When it rains, nothing stays dry. There are small holes all over the ceiling and some places, there are big gaps between the bølgeblikkplater. The neighbourhood is not the best. People are robbed every night; attempts of different kinds of assaults are also quite common. It is not safe to move outside after seven o’clock. Not the most secure place to live as a single mother with four small children. Moreover, they do not exactly have an alarm system or good locks. Nevertheless, they are lucky in one way; they do not have an icky bathroom. They do not have a bathroom, period. In addition, one can look at the price of the room and think; “At least they hardly pay anything to live in this place.” However, 10 000 UGSHX is not hardly anything when you do not have a steady income. If she is lucky, the mother can wash some clothes from one time to another or maybe sell some onions and such to make some small bit of money. Other than that, most of the burden is on my twelve years old friend. He fetches water for neighbours, sells sugar cane and does other petty jobs for a petty pay. All we had to do to get our 3000 NOK a month was to send two letters in a year and attend school. For my friend, attending school and getting the small income he needs can actually come in conflict.

Turns out, we did not actually have a single thing to complain about. Not if we would have compared ourselves to an average family of a CRO child. I am not saying one should feel bad about not living in lousy conditions; one should not be embarrassed or have a bad conscience about living in a nice place. One cannot go around and compare the life in Norway to the life in Uganda. The difference is too big in every way. It would be like comparing a cat and a skyscraper; ridiculously unreasonable (very good example, huh?). Nevertheless, that does not mean one should just shove it under a rug and leave it at that. Occasionally one should stop and think about the ones who are really less fortunate. Think of those whose lives are worlds apart from yours, even though we all live on the same planet. Be happy and grateful for what you have! It surely is all that!
Lagt inn av Silje E. kl. 02:24